Advice, like youth, probably just wasted on the young

Inside every adult lurks a graduation speaker dying to get out, some world-weary pundit eager to pontificate on life to young people who'd rather be Rollerblading. Most of us, alas, will never be invited to sow our words of wisdom among an audience of caps and gowns, but there's no reason we can't entertain ourselves by composing a Guide to Life for Graduates. I encourage anyone over 26 to try this and thank you for indulging my attempt.

Ladies and gentlemen of the class of '97:

If I could offer you only one tip for the future, sunscreen would be it. The long-term benefits of sunscreen have been proved by scientists, whereas the rest of my advice has no basis more reliable than my own meandering experience. I will dispense this advice now.

Enjoy the power and beauty of your youth. Oh, never mind. You will not understand the power and beauty of your youth until they've faded. But trust me, in 20 years, you'll look back at photos of yourself and recall in a way you can't grasp now how much possibility lay before you and how fabulous you really looked. You are not as fat as you imagine.

Don't worry about the future. Or worry, but know that worrying is as effective as trying to solve an algebra equation by chewing bubble gum. The real troubles in your life are apt to be things that never crossed your worried mind, the kind that blindside you at 4 p.m. on some idle Tuesday.

Do one thing every day that scares you.

Remember compliments you receive. Forget the insults. If you succeed in doing this, tell me how.

Get plenty of calcium. Be kind to your knees. You'll miss them when they're gone.

Enjoy your body. Use it every way you can. Don't be afraid of it or of what other people think of it. It's the greatest instrument you'll ever own.

Dance, even if you have nowhere to do it but your living room.

Read the directions, even if you don't follow them.

Do not read beauty magazines. They will only make you feel ugly.
Get to know your parents. You never know when they'll be gone for good. Be nice to your siblings. They're your best link to your past and the people most likely to stick with you in the future.

Understand that friends come and go, but with a precious few you should hold on. Work hard to bridge the gaps in geography and lifestyle, because the older you get, the more you need the people who knew you when you were young.

Accept certain inalienable truths: Prices will rise. Politicians will philander. You, too, will get old. And when you do, you'll fantasize that when you were young, prices were reasonable, politicians were noble and children respected their elders.

Don't expect anyone else to support you. Maybe you have a trust fund. Maybe you'll have a wealthy spouse. But you never know when either one might run out.

Be careful whose advice you buy, but be patient with those who supply it. Advice is a form of nostalgia. Dispensing it is a way of fishing the past from the disposal, wiping it off, painting over the ugly parts and recycling it for more than it's worth.

But trust me on the sunscreen. 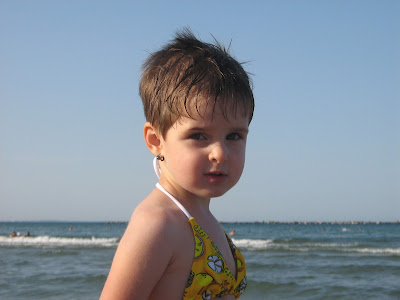 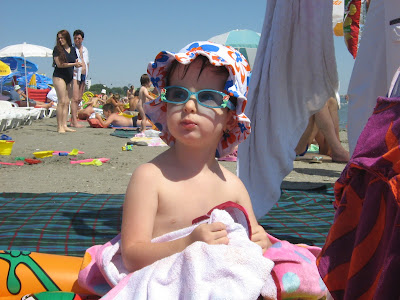 I saw her first in the form of an ivory miniature in her brother Charley's stateroom in the steamer "Quaker City," in the Bay of Smyrna, in the summer of 1867, when she was in her twenty-second year. I saw her in the flesh for the first time in New York in the following December.

She was always frail in body, and she lived upon her spirit, whose hopefulness and courage were indestructible. Perfect truth, perfect honesty, perfect candor, were qualities of her character which were born with her.

Her judgments of people and things were sure and accurate. Her intuitions almost never deceived her. In her judgments of the characters and acts of both friends and strangers, there was always room for charity, and this charity never failed.

I have compared and contrasted her with hundreds of persons, and my conviction remains that hers was the most perfect character I have ever met. And I may add that she was the most winningly dignified person I have ever known. Her character and disposition were of the sort that not only invites worship, but commands it. No servant ever left her service who deserved to remain in it. And, as she could choose with a glance of her eye, the servants she selected did in almost all cases deserve to remain, and they did remain.

She was always cheerful; and she was always able to communicate her cheerfulness to others. During the nine years that we spent in poverty and debt, she was always able to reason me out of my despairs, and find a bright side to the clouds, and make me see it. In all that time, I never knew her to utter a word of regret concerning our altered circumstances, nor did I ever know her children to do the like. For she had taught them, and they drew their fortitude from her.

The love which she bestowed upon those whom she loved took the form of worship, and in that form it was returned—returned by relatives, friends and the servants of her household. It was a strange combination which wrought into one individual, so to speak, by marriage—her disposition and character and mine.

She poured out her prodigal affections in kisses and caresses, and in a vocabulary of endearments whose profusion was always an astonishment to me. I was born reserved as to endearments of speech and caresses, and hers broke upon me as the summer waves break upon Gibraltar. I was reared in that atmosphere of reserve. As I have already said, in another chapter, I never knew a member of my father's family to kiss another member of it except once, and that at a death-bed. And our village was not a kissing community. The kissing and caressing ended with courtship—along with the deadly piano-playing of that day.

She had the heart-free laugh of a girl. It came seldom, but when it broke upon the ear it was as inspiring as music. I heard it for the last time when she had been occupying her sickbed for more than a year, and I made a written note of it at the time—a note not to be repeated.

Mark Twain
"Chapters from My Autobiography" 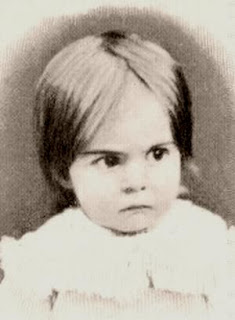 "There, there, Susy, you mustn't cry over little things."

This furnished Susy a text for thought. She had been breaking her heart over what had seemed vast disasters—a broken toy; a picnic cancelled by thunder and lightning and rain; the mouse that was growing tame and friendly in the nursery caught and killed by the cat—and now came this strange revelation. For some unaccountable reason, these were not vast calamities. Why? How is the size of calamities measured? What is the rule? There must be some way to tell the great ones from the small ones; what is the law of these proportions? She examined the problem earnestly and long. She gave it her best thought from time to time, for two or three days—but it baffled her—defeated her. And at last she gave up and went to her mother for help.

It seemed a simple question—at first. And yet, before the answer could be put into words, unsuspected and unforeseen difficulties began to appear. They increased; they multiplied; they brought about another defeat. The effort to explain came to a standstill. Then Susy tried to help her mother out—with an instance, an example, an illustration. The mother was getting ready to go down-town, and one of her errands was to buy a long-promised toy-watch for Susy.

"If you forgot the watch, mamma, would that be a little thing?" 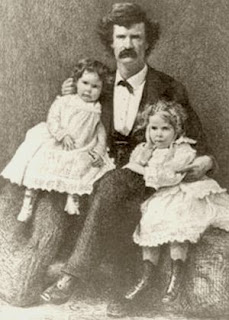 She was not concerned about the watch, for she knew it would not be forgotten. What she was hoping for was that the answer would unriddle the riddle, and bring rest and peace to her perplexed little mind.


The hope was disappointed, of course—for the reason that the size of a misfortune is not determinate by an outsider's measurement of it, but only by the measurements applied to it by the person specially affected by it. The king's lost crown is a vast matter to the king, but of no consequence to the child. The lost toy is a great matter to the child, but in the king's eyes it is not a thing to break the heart about. A verdict was reached, but it was based upon the above model, and Susy was granted leave to measure her disasters thereafter with her own tape-line.

Mark Twain
"Chapters from My Autobiography"